My passion for photography…

Designing my foundation web site has been a real joy as I had to revisit my photography and sift through the the thousands of images I have from all my trips to Nepal over the last 30 years ! I wanted to use all of my own images in the foundation site as it’s something which is very personal and special to me. 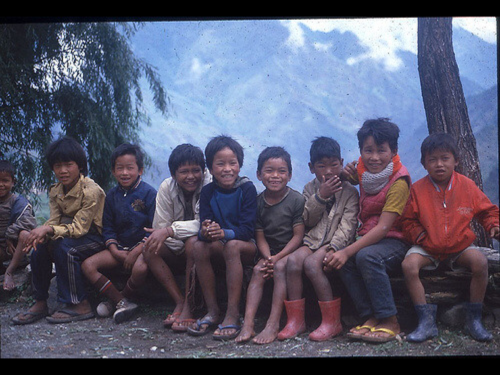 When I first went to Nepal in 1986 after completing my schooling at UWCSEA I not only fell in love with Nepal I also fell in love with photography.  This was in pre digital days when every shot mattered as you didn’t know until you had the film and slides developed if they had actually worked and captured that I had wanted to.  You had to both think about every shot and yet also try to capture the special moments.  The photo which I have used on my foundation site above is one of my favourites as it captures the essence of young people in Nepal.

The one below is also one of my favourites from when I lived in Sikles in 1992. I love it because it reminds me of the many nights I have spent in the house of Bir Kumari and grandma and was one of the many places I felt so at home,I also I love it because it was taken before digital cameras and I can still remember how happy I was when it was printed and I found out I had captured the light of the fire and skill that is needed to make shell roti. 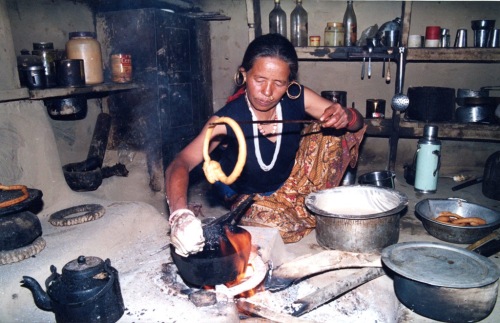 The phrase every image tells a thousand words can sometimes be true but sometimes an explanation is also needed.  The photo below was taken in 1992 when I lived in Sikles to remind me of the importance of making teaching fun and interactive.  I had been trying to teach the children in class 8 the difference between “the house is here and the cow is there” but from the image in the book it was not clear even to me which was here and which was there. So I took the children outside and as they held their books and pens we practiced “the pen is here” “the book is here”. Then I got them to throw their pens into the circle and taught them “my pen is not here my pen is there!”. The kids had a great time,learnt the difference between here and there. The teachers in the school just thought I was bonkers ! 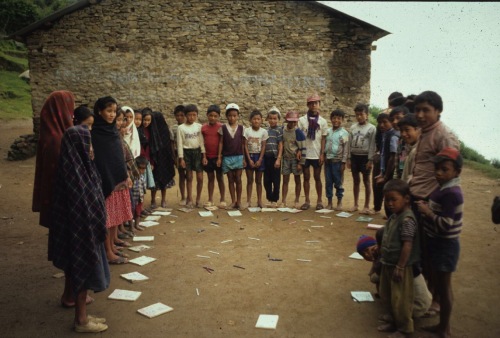 My book is here my pen is there

I have so many old photos that I need to scan and upload into my ever expanding collection on Flickr so that I can share them with the people who are in them.  In the picture above the tall boy to the right with the white  t-shirt, purple scarf and red cap is Gehendra Gurung.  Gehendra is now a teacher in Sikles and one of the big changes that I’ve seen over the past 25 years is the rise of local teachers in schools.  This is so important as children’s first language in rural villages is often not Nepali so having teachers who speak your mother tongue is vital.  Today Gehendra teaches in the local primary school in Sikles and plays a central role in the friendship link between Grange Over Sands and Sikles schools.  He has visited the UK with other teachers from his school and visited schools in Grange, Liverpool, Wetherby and London.  He has then taken good practice and ideas back to Nepal to share in his school.  Also children here in the UK have learnt so much from his visits to their schools. This has been possible due to a British Council funded project called Connecting Classrooms an initiative supporting global learning and exchanges. 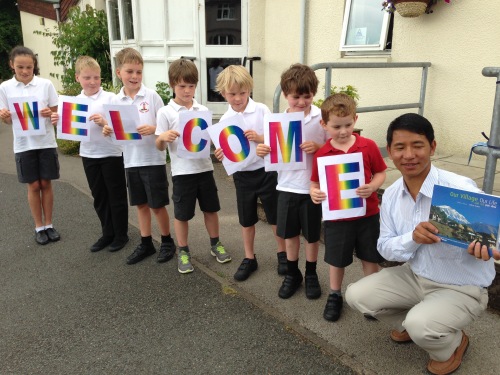 Gehendra being welcomed in Grange over Sands primary school in 2014

The last image I want to share is one I took of the puppets being used in the classrooms in Nepal.  The idea of developing a story book in both English and Nepali using handmade fair trade puppets made in Nepal was in part influenced by my experiences of teaching in Nepal and also by the work of the Pahar Trust and Global Action Nepal as well as Aidan Warlows better classroom better learning  book.

I am currently raising funds so I can provide more resources and training in Nepal by challenging myself to walk the impact marathon this November! A challenge I am much more looking forward to though is to take photographs that show the impact and value of children friendly teacher training and having resources, such as the puppets and other materials, introduced into classrooms can have to make school more fun.  So please come back to see if I can live up to both of these chalIenges I have set myself ! 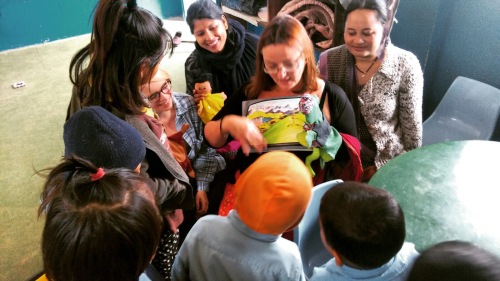 Children enjoying the story if Fairis in the classroom