Visiting Nepal in December last year I was prepared for the impact that the Earthquake had in April of the same year.  I was not prepared for the impact that the blockade from Indian was having not just directly in terms of the lack of petrol, gas and medicine but on the hearts and minds of the Nepali people.  Never had I felt such anger and despair in Nepal – never have I felt so sorry for a nation.  The price of gas was almost ten times that that it usually was. The lack of petrol meant that people had to wait for days just to fill their tanks.

I need to spend time collecting my thoughts on how Nepal had changed during this time – suffice it to say I felt that it wasn’t just the earth that had shifted and moved in Nepal but something had changed in the attitudes of local people.
Hard to capture the lines of bikes and cars waiting for petrol 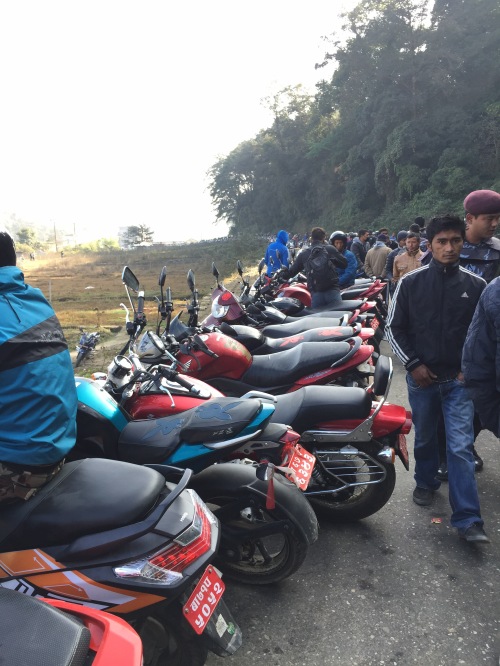